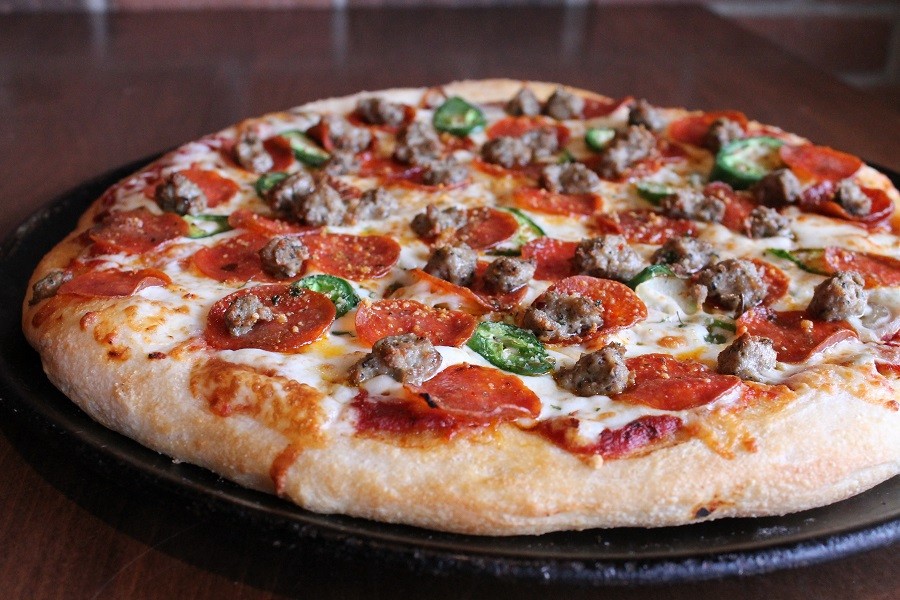 The History of Pizza

Mmmm…can you smell it? A hot pie rests fresh from the oven, waiting to be devoured. The scent of heated dough, melting cheese, and bubbling tomato sauce overwhelms your senses. Are you prepared to delve into your all-time favorite food item? Of course, pizza!

What is the history of pizza? Well, it is frequently associated with Italian foods. However, do the Italians receive credit? Or was the very first pizza made by someone else? There is no simple answer. Various historians have varying perspectives. How you define “pizza” is critical.

Many people in the region, including the ancient Greeks and Egyptians, ate pizza-like food items (i.e., flatbread pizzas with oils, spices, and other toppings). A historian, Cato the Elder, describes pizza-like pieces of bread covered with olives and herbs in his third-century BC history of Rome. Virgil, writing 200 years later in “The Aeneid,” described a similar national dish.

Who was the First to Invent Pizza?

While flatbread with toppings was enjoyed in ancient Egypt and Rome, Italians are credited with inventing popular pizza. Naples is a lively seaside city where in the 1700s and 1800s, congestion prompted residents to discover quick, cheap methods to feed their families. Different types of pizza soon grew popular due to its simple and basic ingredients and mobility, but it was initially considered a poor man’s cuisine, unsuited for the higher class. They had no idea how this simple invention would become a global sensation.

According to folklore, it all began when Raffaele Esposito, a baker from Naples, introduced us to modern-day pizza in the 19th century. He created an Italian pizza in honor of King Umberto and Queen Margherita. He was attempting to emulate the Italian flag’s colors by using mozzarella, basil, and tomatoes as toppings. The pizza was claimed to have been a hit with Queen Margherita. Thus, Margherita pizza was born.

Some Interesting Facts about Pizza

Individuals may argue about which country truly deserves credit for inventing pizza. However, one thing is certain – pizza is adored by people all over the globe! Believe it or not, practically every location of the world has its own type of pizza. Pizza-like foods have been offered in various nations since the Neolithic period. Flatbread and oven-baked bread with various toppings are quite popular across the world! ​​

The Neapolitan originates in Naples, Italy, and serves as the basis for modern-day pizza in America. That all changed in 1889, when the Royal Palace commissioned Raffaele Esposito, a Neapolitan pizza master, to design a pizza in honor of Queen Margherita. This is how the Margherita evolved from the Neapolitan.

This delectable pizza is Lebanese in origin. (In other regions of the Middle East, it is referred to by various names.) “Lahma Bi Ajeen” translates as “meat wrapped in dough.” Traditionally, the meal is prepared with lamb, chopped onions, cumin, and yogurt. This is an absolute must-try. It’s incredibly delectable!

The origins of stromboli are disputed. According to some, it was created outside of Philadelphia in 1950 by Romano’s Italian Restaurant & Pizzeria. Others say that stromboli was devised by a guy in Spokane, Washington, who named the dish after the 1954 film Stromboli. Traditionally, the stromboli uses Italian bread dough or pizza dough and is filled with various cheeses and Italian meats like salami, and/or vegetables. Then it’s rolled into a cylinder and baked.

Similar to the Stromboli, there are differing accounts as to the origin of the Deep Dish pizza. No matter the exact origin of this style of pizza, we know that it came from the heart of Chicago. While most pizzas are eaten with your hands, the deep-dish pizza is often eaten with a knife and fork. The crust is very deep, resembling a pie. This style of pizza is built upside down from traditional pizza in that the cheese covers the crust, the ingredients are layered, then it’s topped with a fresh, uncooked tomato sauce. Baked until the layers are cooked perfectly, the Deep Dish pizza is truly one-of-a-kind.

Detroit-style pizza was created in 1946 at a restaurant called Buddy’s Rendezvous. This style of pizza is rectangular and has a chewy, thick crust. It was frequently cooked in repurposed automotive drip pans, contributing to its depth and form. The bottom crust is served crispy and is frequently coated with butter before baking.

American pizzas have a long and winding history stretching from ancient Greece to Native Italy to the rest of the world. Each slice has a wealth of history. Pizza’s social, financial, and cultural contexts are baked right into its crust.

Pizza baking has evolved to reflect the world’s many cultures. However, even though bakers worldwide are now customizing the pizza, the fundamentals that make a great pizza remain the same. Every good pizza requires a quality crust, fresh ingredients, and a sauce made with love. If you are looking for delicious pizza, look no further than Green Mill. We put the work in to make the best, freshest pizzas. We hand make our dough from scratch, hand shred fresh mozzarella, and hand-cut our vegetables on the daily. Our legendary dough recipe hasn’t changed in over 20 years because it’s made with just six ingredients and is just that good. Both our traditional and deep-dish pizza sauces along with our sausage are proprietary and can only be found at Green Mill. All of these delicious details come together to build the freshest and tastiest pizzas around town. Enjoy your meal from the Green Mill, and make sure to get a slice!